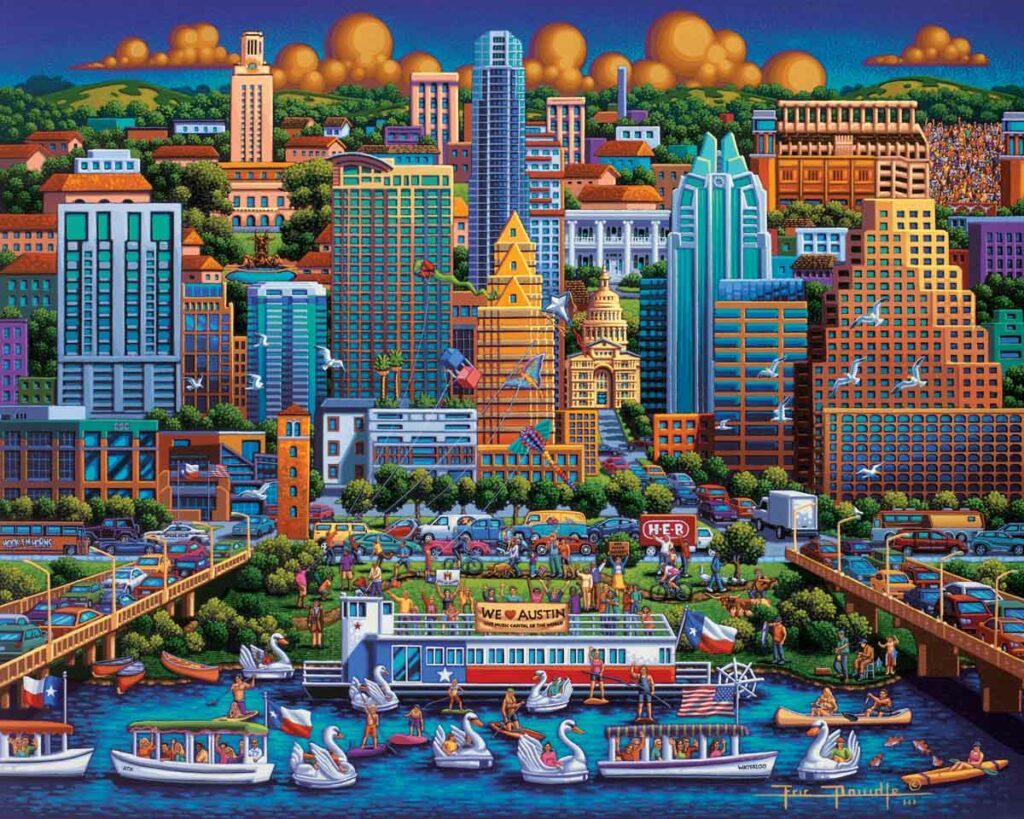 In 1839, the settlement under the name of “Waterloo” was built, but it was changed shortly after to “Austin” in honor of Stephen F. Austin who was the Republic of Texas’ first secretary of state, also known as the “Father of Texas.” Today, Austinis the capital of Texas and is known as a center for business and technology companies.

More About Our Custom Puzzles

Because Custom Puzzles are made to order, production and delivery of your puzzle can take 4 to 6 weeks. We thank you in advance for your patience with the unique process and timeline necessary to handcraft your one-of-a-kind wood puzzle.

Whether it’s a Cutter’s Choice puzzle or a personalized, commissioned puzzle, every piece that leaves our shop has been cut, finished, and inspected by hand, maintaining the same level of quality and attention to detail you’ve come to know and expect from our talented team of artisans.

GET OUR PUZZLING NEWS